Find out how Wealthshare used Segmentation to achieve an 85% click-through rate on their SMS Drip Automations.

Wealthshare was created to help demystify investing and help #openthebooks to lessons and tips previously only accessible to investors with $1M+.

Thank you! Your submission has been received!
Oops! Something went wrong while submitting the form.

Wealthshare was looking for an automated way to engage with new subscribers on Patreon while saving time and driving more Patrons.

Instead of sending every message in the Drip to every subscriber, Wealthshare deployed a 3:2:2 waterfall Drip sequence that first sent a series of three messages.

If a subscriber clicked on any of the three initial messages, they received two more. Finally, if they engaged with the second set, they received the final two messages in the sequence. 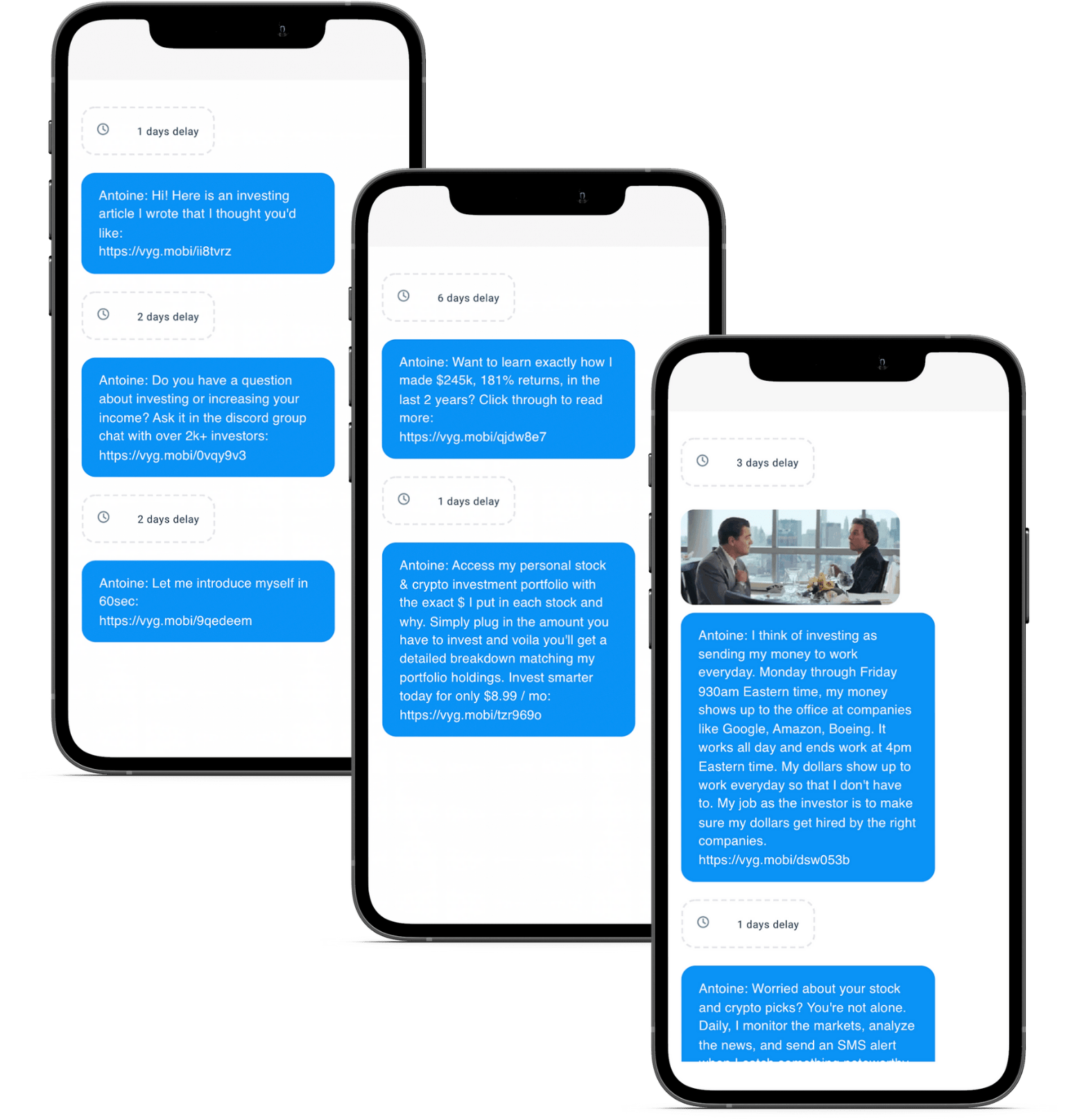 Sign up now to access the most powerful SMS marketing and message commerce platform in the world. We’ll reply before the day is done. Then it’s a free month of messages for your brand — on us.